When it is impossible to make a fixed prosthesis (cap, bridge) there is nearly always the possibility of a removable prosthesis.

They do not offer the same comfort but they have the advantage of being inexpensive and quickly made.

It is a prosthesis that replaces one or more missing teeth. It is held with the help of clamps fitted on the remaining teeth.

It must be removed every day so that it can be cleaned. We must encourage the patient to have a careful hygiene, both of the oral cavity and of the prosthesis.

There are two types of dental prosthesis:

These prostheses are not often used. They tend to be used simply as a provisional prosthesis.

They are also known as ‘skeletal.’ They are held both on the teeth and on the mucosa.

They are among the most often used removable prostheses.

They are made with a biocompatible chrome-cobalt alloy and acrylic resin teeth.

The advantages offered by these prostheses compared to those made of acrylic are: a smaller volume in their structure, a better fit and higher hardness.

This type of prosthesis also has its disadvantages:

It has drastically lost ground nowadays due to the appearance of dental implants. 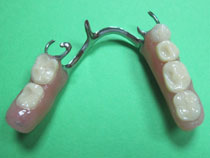 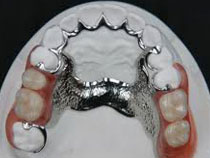 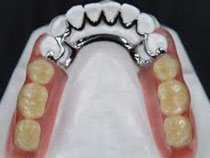 There are many more people without teeth than we think.

The complete prosthesis is a resin base with prefabricated teeth placed directly on the gum.

These teeth can be made of resin or porcelain. Complete prosthesis stability is guaranteed by the adhesive suction phenomenon. Saliva appears as an important factor for the stability of these devices. Insufficient saliva production causes pains, discomfort and lack of adhesion.

The complete lower prosthesis has more retention problems that the upper one; the tongue, with its mobility and its volume, ‘contributes’ to the instability of the lower prosthesis. Implants can largely help us to mitigate the poor stability in the lower device and we do not need to have such a big upper prosthesis at the palate level either.

Three or four implants can be placed on the jawbone (lower part) on which a bar is also placed to increase stability and improve mastication.

This technique is applied to the upper maxilla as well. Thanks to it, the palate coating is largely reduced, which improves the perception of food tastes. 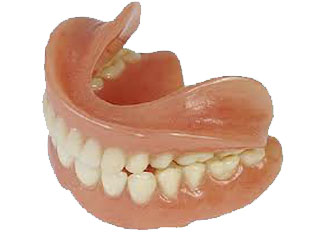 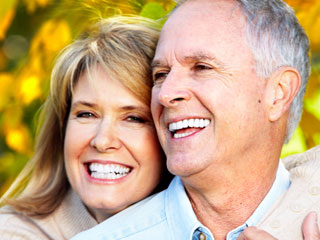